Picture this: it’s Friday morning, for over a year now you have woken up every Friday morning at 7am and gone to the gym by 9am for Body Pump followed by Spin (obviously this has a few exceptions but it’s pretty much been this way). But this Friday was different. After two days off from work I woke up at 5am, got my stuff together got to the gym by 6am for fasted cardio (Stairmaster for 45 minutes), drank 1 cup of chocolate muscleegg right after, showered, and headed to work. When I got to work I had my usual cream of rice with Metabolic Nutrition Protizyme protein and peanut butter breakfast and then it was work time. We hired a new doctor, and she has a new technician who needs training since she’s a fairly new technician and she’s new to the service – so I volunteered to help out where I could with her training. I would be lying if I said the day was easy. I don’t know why I had this idea that it wouldn’t be too bad and I’d be done by 3 or 4pm. By 2 pm I was starving – hadn’t not eaten anything since breakfast at 8am, so I ran quickly to have an apple, ¼ cup of almonds, and some water. I worked through hunger, and any sort of lunch break, and I didn’t leave until after 8pm. By the time I got home at 9pm I was starving, but I really didn’t want anything – funny huh? So I had chicken and turkey (about 2oz of each) with edamame (I think about a cup) and a sweet potato. I really wanted to make sure that I didn’t eat anything that I shouldn’t have so I stayed away from the supermarket and just had when I was supposed to eat for lunch. I knew if I went to the super market it would be bad news bears and I’d make excuses for why it would be okay to eat whatever I wanted, but it would have only been because I wasn’t really running on all cylinders. Anyways, after this I cooked up some steak, made another sweet potato (I poke them a few times with a fork – 4 minutes on each side in the microwave and voila! Perfect potato), and I put together a “little” salad for Friday (Day 6). Once I had my food packed for Friday, I fell asleep on the couch around 11pm, and woke up around 12:30 to go to bed. Les Mills Body Pump AIM 1 tomorrow bright and early in Maryland! 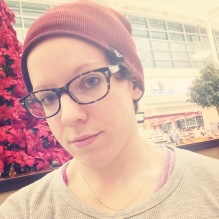 BEEP BEEP BEEP! The alarm went off at 3am. Since I had everything all set up the night before I was able to just get up and get to it – although half asleep, I was surprised how fast I got up and out. I was out the door by 3:40am – while leaving my complex I swiped my front bumper on the concrete wall taking some paint off – which made me seriously consider going back to bed, but of course, I didn’t. While in the car I had a cream of rice and oatmeal mixture with 1 scoop of Metabolic Nutrition Prot 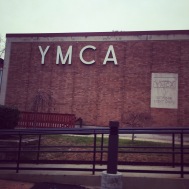 izyme. At 7am I stopped at the Delaware Welcome Center and got some coffee, I also had an apple and ¼ cup of almonds. I arrived at the Bethesda YMCA at 7:45am, full of excitement and nerves.

The day went well, I won’t go into it with minute by minute detail because I think it’s important for other instructors to experience the AIM module for themselves and not through me, but I will tell you this – we started with an introduction, we found out what track we would be presenting, and we got right into it. The room was broken into two groups – two people teaching at the same time to a group of other instructors. This reminded me of my AFAA group fitness certification, where there was other things going on and you had to tune it out and just listen to the music and do what you do. As soon as each person was done the instructor gave us “feedback on the fly” where she went over what we did good and things to work on for the second presentation later in the day. She said that I have great form, clean lines, and I’ve got layer 1 down pat. She said I am good with short cues teaching people “like a bodybuilder” would. I laughed, because that’s sort of what I do – which made me happy because it’s recognized and not a bad thing. She said that I need to work on getting people to move better – and really focus on the layer 2, challenging people and making sure to give the track focus and remind them throughout what that focus is. I was overjoyed that nowhere in that conversation was my voice mentioned – during my initial training all my instructor kept saying was that I needed to find my voice (well Adam, I guess I found it!! I’m not the quiet girl anymore!!).

She said that I have great form, clean lines, and I’ve got layer 1 down pat. She said I am good with short cues teaching people “like a bodybuilder” would. I laughed, because that’s sort of what I do – which made me happy because it’s recognized and not a bad thing.

After the presentations we all came together and began discussing Les Mills more indepth – we talked about the difference between brands and products and how as an instructor we are the face of Les Mills. If we are passionate about the program, we are the interface between our participants and the company – so what we portray will be what the members believe Les Mills to be as well. This is one big responsibility if you ask me, but I’m okay with that because I literally LIVE for body pump! It sounds crazy, but I love it so much and it really has helped keep me on my journey! Around 10am we took a little break and I had a half of my sweet potato and about 2oz of organic deli turkey.

We talked about the Body Pump brand, and how everything we do brings members either closer or farther away from the program. After we went over some more business 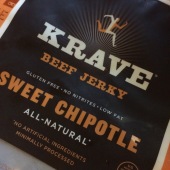 we did some flexibility tests and got moving. I’ll leave the specifics out, but I will say for anyone who has gone through an AIM 1 training – my low back was killing me the entire way home but it was challenging and I’m better for it! Then we had a break for lunch. Lunch came around 2pm and I was famished. I knew that I had steak and a salad and another half of a sweet potato but I wanted some coffee as I was starting to lose steam. So, I used my GPS to find a 7-eleven and I was on my way! While I was there I picked up some Krave Beef Jerky, and some quest bars for the drive home. I also picked up a Caveman bar. I had never heard of them before but all of the 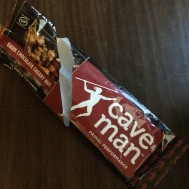 ingredients were readable and I thought why the heck not! So for lunch I wound up having the caveman bar, 1.5oz of steak, the other half of my sweet potato and coffee. I should mention too that during this entire day I was drinking a gallon of water.

Then, after moving and challenging each other, we talked about coaching. We went into voice just a little more than the initial training (at least my initial training) and discussed where we could dial up and do something more or dial down and do something less. I asked about being too authoritative – being too much – because sometimes I walk in the room with a body builder/hardass type attitude and I really need to remember on a daily basis that not everyone in my class has my goals – and I’m there to help them with their goals! At 3 pm I had a banana while we dove deeper into our goals as instructors and started thinking about how we were going to present in just a short while.

We scripted a little bit before our final presentation, and we were given the opporunity to practice our scripts before we had to put our practice to use. Since we had 15 people we went through the entire release, all together for the warm up, and then tracks 2 – 8, each person presenting (again with the room split) and then we all came together to do the squat track as one large group. After our second presentation we all cleaned up the room while our trainer wrote out evaluation forms. My evaluation form was really quite good, She didn’t tick off the box saying that I’m AIM 2 ready, but that’s okay – even though this was my goal for today. Although I screwed up my choreo a bit in the second set, she marked that I did choreo, that I teach in the essence of Body Pump, that my technique is on point, and for the most part my coaching is quite good. She said that I added more followup than before but I just need to work on this more. I was very proud of myself for going through this day despite all of the things against me and I made sure to fuel myself which I’m sure is a huge reason why I was able to successfully complete the day.

I left around 6:15pm after finishing the training, and my gallon of water, to head back to NY and boy did I hit traffic. My first hour was literally stop and go and I 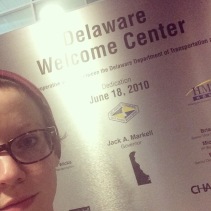 was hungry from just burning myself out during the last presentation, but I had a quest bar and my jerky to hold my tummy. At 8:45pm I stopped at the Delaware Welcome center again (which was only 45 minutes from the training but took me an hour and a half to get there because of traffic) and got a liter of water and filled my gas tank. During this stop I also had my second quest bar. At 10pm I was in NJ fighting myself to stay awake, contimplating stopping and taking a nap, I decided to eat something – maybe that would help. I had 1.5oz of steak and about a handful of the salad that I had made which was literally just iceberg lettuce in a ziplock tupperware container. Although tired I was close to the GWB and decided to just muscle through.

I arrived home around 10:45pm and immediately hit the showers. I fell asleep sometime around 11:30pm/12am happy with how my day went but utterly exhausted!