Palmerton, PA. Saturday July 11th. Picture this, looking up at a mountain, knowing that only a few minutes are left before you face one of the hardest challenges of your life… 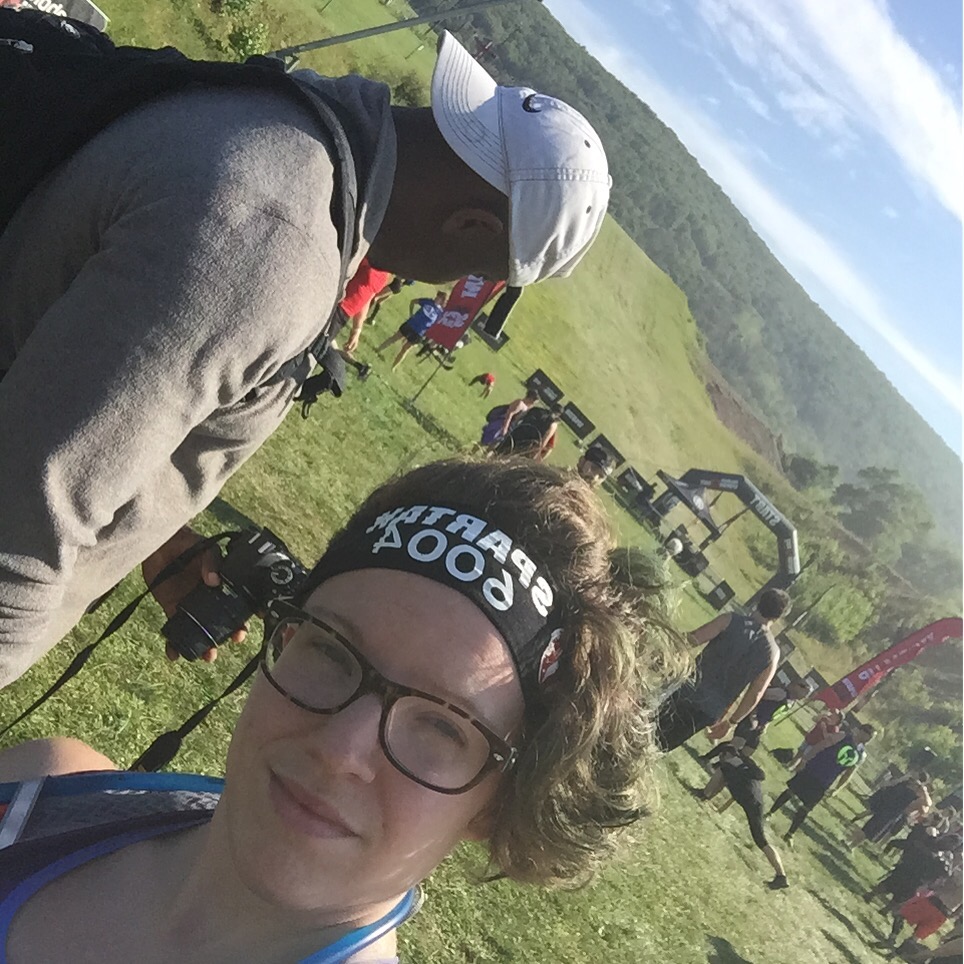 The Spartan Super, 8+ miles, and 32 obstacles, up and down a mountain with a total elevation gain of over 3000ft. Hydration pack, gels, salt pills, GOAT tape, and green/blue hair – I was ready. I trained for this.

At 9:30, my heat started, the first hill was a doozy, and really set the tone for the entire race. Obstacle after obstacle, steep climb after steep decline, the race was starting off the be amazing! I made it to the sandbag carry in less than an hour and I was feeling high on life after completing the uneven monkey bars with ease! I doubted myself but had an amazing volunteer who cheered me on and gave me the extra confidence that I needed and I crushed it!

Right before mile marker #3 there was a slight decline in a grassy area, most people were walking but I felt like I could jog it, so off I went – a little trot, not picking up too much speed but just enough to make some ground and then… It happened. My ankle snapped – it was one of those feelings that can only be explained with a feeling. I heard it and felt it in my throat simultaneously. I immediately thought I was done. I thought I wasn’t going to be able to finish, I thought they’d pull me off the course. They called for a medic, a few racers stayed with me, I appreciated the support but I surely didn’t act like it. I was screaming profanities, punching the ground – it felt like all the work, all the hours of preparation were for nothing. I couldn’t move my foot. I had to stop, I had to breathe, I had to think. One racer tried to take my shoe off – I yelled at her to stop. I remembered that my mom had busted her foot once and continued to walk home, when she took her shoe off her foot blew up like a balloon. I knew the moment my shoe was removed I had no chance of finishing the race.  When the volunteer came over, I realized I could move my toes. I HAD to try and stand. If I could stand – I could limp, if I could limp, I could finish. I told him I needed to try, even if I had to walk, I had to try to finish. I got up, grabbed my GOAT tape from my bag and began wrapping my ankle. I figured a little extra support would help me get through. 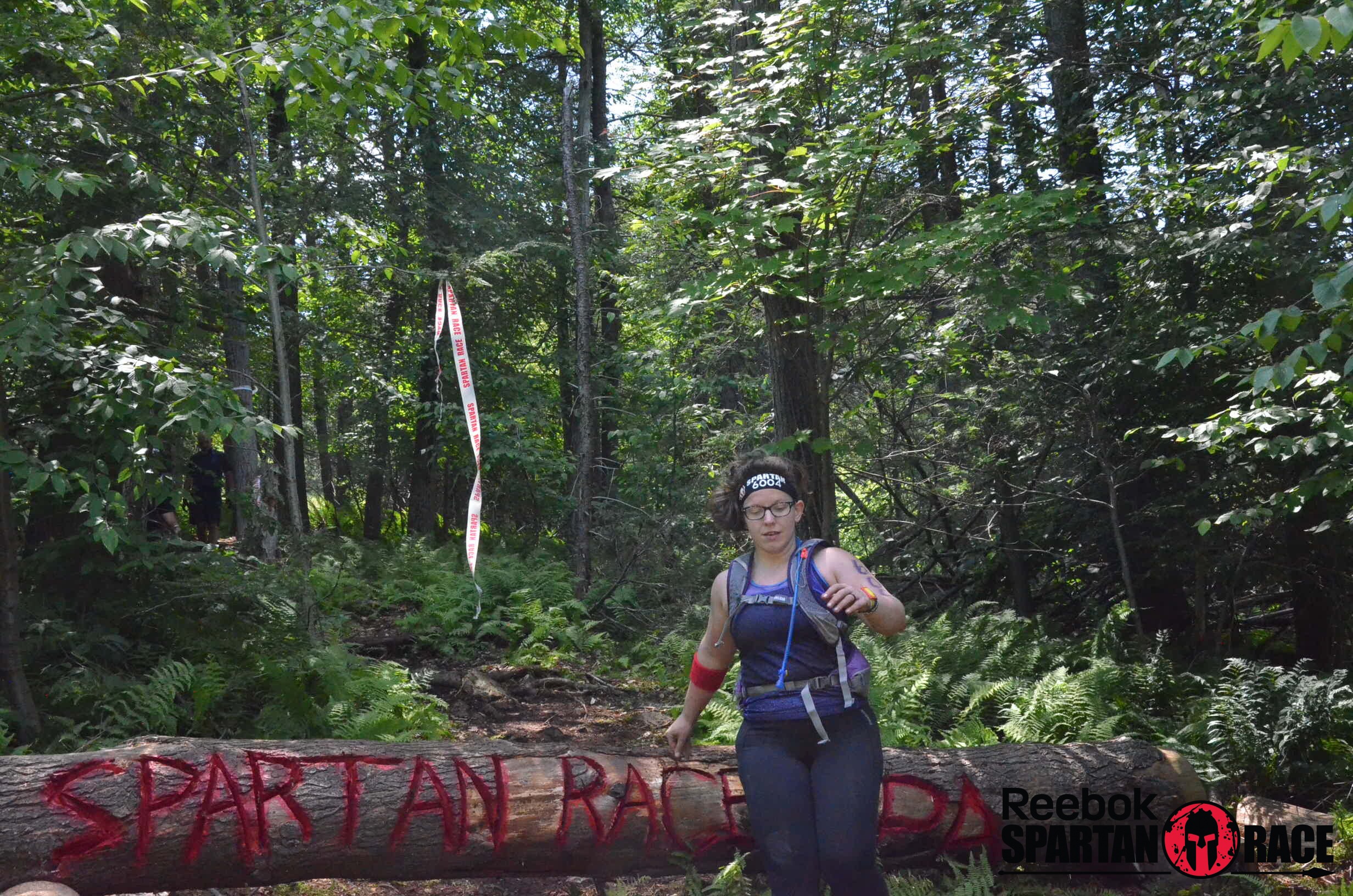 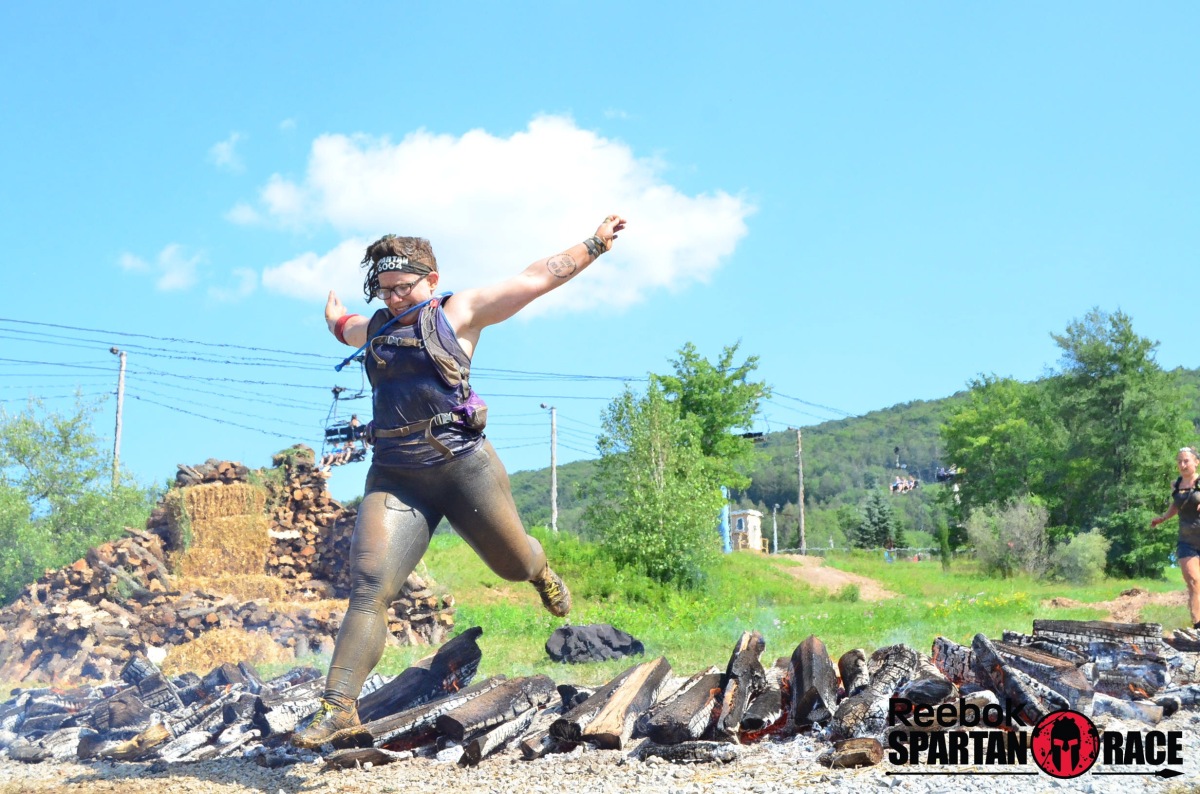 After 6 hours and 20 minutes, I finished. As I jumped over the fire tears began to flow… 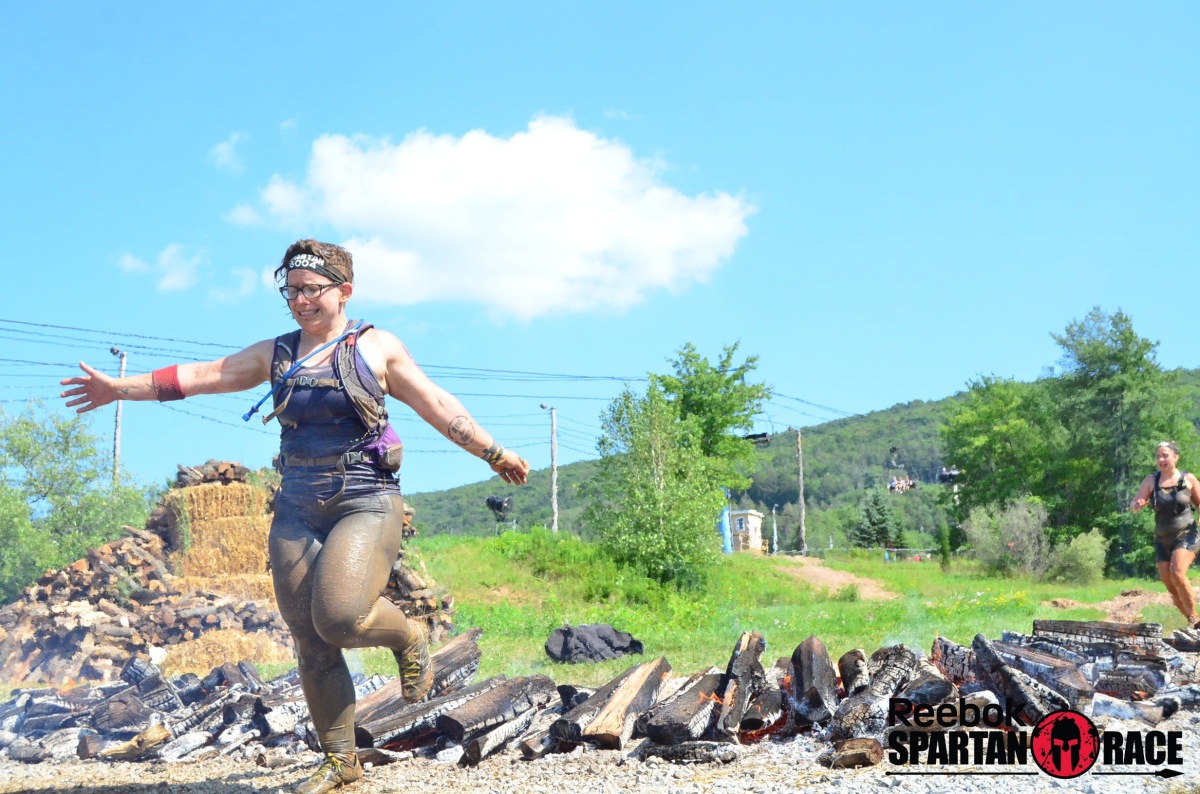 I was proud, I was in pain, I was scared for what I would have to deal with as I tended to my ankle, I couldn’t believe I had made it another 5+ miles and only failed 4 obstacles (3 after the injury – one of which was a voluntary fail as I decided it wasn’t worth it to climb the rope and fall – although I did get to the top knot again, but this time I chose to descend slowly rather than have my hand slip and possibly hurt my ankle even more). I failed the spear throw (before my injury), the Z wall (got very close but fell off on the last wall), the rope climb, and the multi rig (got to about the 6th ring when I had too much swing and my hands slipped off of the rings). 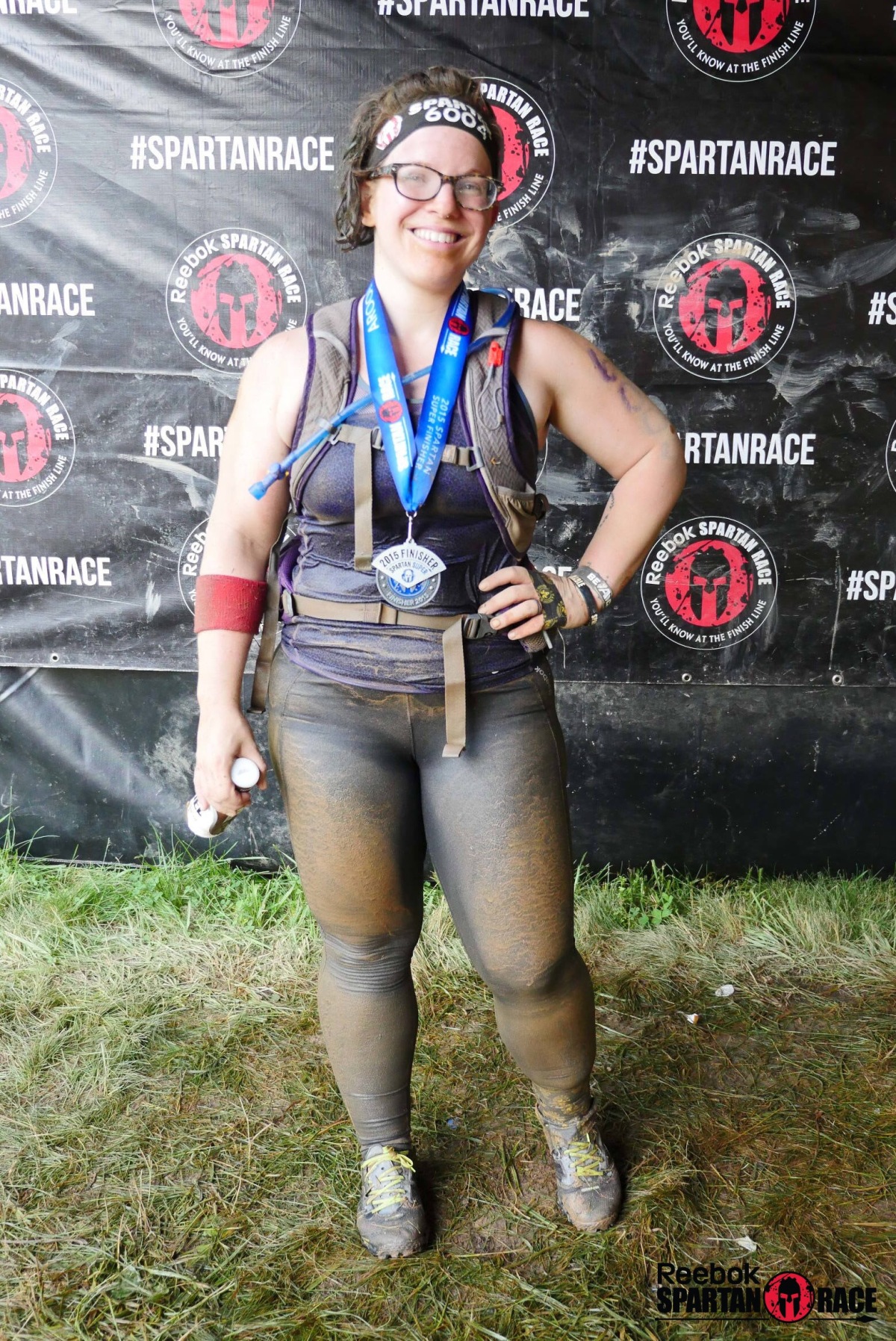 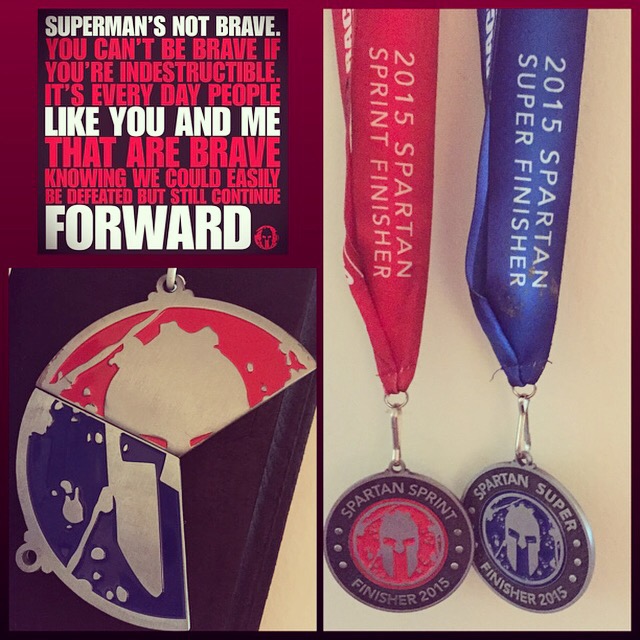 The Road to Recovery.

After the race, my husband carried me to the medic tent where they evaluated my ankle. The man who helped us was very nice, he said it looks like a severe sprain but it may be fractured – he unfortunately left his X-ray glasses at home lol. So, we drove home to NY and went to the hospital. The X-rays showed a slight avulsion fracture, and since it was late they wanted me to follow up on Monday with an orthopedist. They gave me crutches and an air cast and sent me on my way with 600mg of ibprofin.

The orthopedist took more X-rays and evaluated my ankle.

Although he did note two very small chips of bone on the medial aspect of my ankle (inside) he said there was a lot of inflammation and mostly looked like a very severe sprain. He fitted me for a walking boot, and said that I should be able to walk without it in about 2-3 weeks. He said overall it may be 3-6 months before it’s fully healed but we will recheck in 3 weeks to see if there’s progress.

Within an hour of getting the boot I was able to walk without crutches (thank goodness), and by the next morning I was feeling much more stable.

It’s going to be a long road ahead of me, but I’m confident that I will be ready for the Killington Beast in September to complete my first Trifecta!

The doctor said I could still workout as long as it is modified to the point that I am not putting any pressure on my leg… I will focus on upper body and grip strength work and once I can be more mobile with my leg, I will begin training for the next race.