There’s no doubt that the things I like are pretty straightforward – fitness and animals are kind of my thing… but babies?? Growing up I never saw myself as a mother. I mean, sure I imagined being old and having children that were older taking care of me but I never thought about being pregnant or birthing children myself. My husband and I spoke once in the beginning of our relationship about how lovely it would be to be able to adopt a child from Haiti (my husband is Haitian and Dominican) but up until a year ago the thought of having my own seemed unrealistic.

There’s a lot of reason for this I suppose; when I was 12 I was a victim of rape. He was a man who I knew and thought that I had trusted, the years following were some of my darkest. I had zero self-esteem or self-confidence and I looked towards men for the answers, for the love and acceptance that I didn’t give myself. It wasn’t until I had completely given up on relationships that I found my (now) husband. You see, I spent a good 18 years being pretty stupid. I was on birth control for only a short part of that because it was making me feel sick and I didn’t like it. When I was in college I experienced what I thought at the time to be a miscarriage while on birth control (the patch). I’m not sure if I’ve made up my mind as I’ve gotten older that it wasn’t, or that I am just really unsure about what it was and the doctor couldn’t fully answer my questions since I waited too long to go visit out of fear that my suspicions were true. Anyway, that was the absolute only time I have ever experienced even the slight possibility that I may have at some point been pregnant in my over 20 years since my first menses. That’s a lot of months!

Over the last 8.5 years my husband and I (who have been married for 4.5 years) have been having unprotected sex (sorry if that’s TMI.. but you clicked on the post about infertility .. if that was too much I suggest you look away now). We have had times where I’ve thought it were possible that I was pregnant, even went to the doctor because I swore I was twice! The first time the nurse made me feel horrible laughing at me because I was there for a confirmation when I had not gotten a positive on a home test. The second time I had gotten one (what looked like positive) but no other test was positive. The doctor confirmed that I was not pregnant but was hopeful that it was just a chemical pregnancy which means there’s hope that I could conceive.

In April 2013 I had a TV (transvaginal) ultrasound after a car accident that had found some incidental findings on my CT scan. In January 2016 I had another TV ultrasound which came back basically normal except for two small myomas in my uterus (the doctor called these fibroids but the scan report said benign myomas – the doctor also told me that these should not affect my ability to become pregnant). The ultrasound also showed follicles which means I have eggs — but does not mean that they are being released or that they are mature when they are being released. Anyway, we were sent off to try for a year, the doctor said since I was under 30 years old we should try for a year and that most couples are successful when they really try (not just once or twice a month) after 6 months.

Six months came and went and I spent many mornings peeing on ovulation predictor test strips, temping using a basal thermometer, and tracking every little twinge and tickle I felt. After about 8 months of getting my hopes up and then getting let down I began to take Vitex, a supplement that is supposed to help lengthen your LP (luteal phase). The only difference I noticed with vitex was that my cycles went from 30-33 days to 29/30 days long and I began to get more fertile cervical mucous (sorry, I warned you).

This month marks our 1 year mark. 1 year of trying. 12 months of doing everything we can think of to try to have a baby, 9 months of buying ovulation predictor test strips, 6 months of tracking my temperature (I wasn’t consistent with this one) and 4 months of taking vitex (This last month I actually just took it when I remembered as I started to think it wasn’t doing much). We’ve timed everything to a T and been let down time and time again.

Next steps:  My husband has an appointment for semen analysis on December 9th. My OB didn’t want us to do it right away even though I insisted. I’m pretty sure it’s better that we didn’t because my husband just came around to the idea and is really nervous. He’s beginning to think he’s the problem – even though I still think it’s me. It’s so hard not to think it’s you when you’ve been “able” to conceive for over 20 years, 18 of those years you were pretty promiscuous, and you have never actually been pregnant, at least not to your knowledge. Last night while I was unable to sleep I purchased 25 HCT tests from Amazon. They are planned to arrive on Tuesday so I will be taking one on Wednesday morning which will be 13dpo (days post ovulation) and 2-3 days before my expected AF (aunt flow/period). 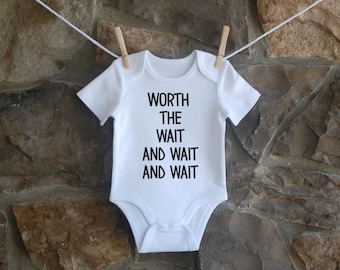 Although I love fitness, it’s not a secret that I’ve struggled with both my nutrition and my weight. I’ve also struggled with consistency in my workouts especially this year while TTC. In an attempt to do everything in my power to conceive I’ve decided to try to take a more plant-based approach to my eating style. Over the last few days it’s been pretty easy because I’ve really wanted this beet burrito at the local taco/mexican place. It has beets, goat cheese, rice and beans, salsa verde, and spinach. I’ve wanted it so much that I decided to recreate it today! It wasn’t nearly as good but it definitely hit the spot!  I’m not going to make assumptions but it is kind of weird that I want beets. They aren’t exactly a food that I eat often – but it’s so hard to say with my food cravings and eating habits because I have a long history of weird eating habits.

As I’m writing this I’m 10dpo. The last two nights I’ve had a lot of trouble sleeping, 8 and 9 dpo I felt like I couldn’t spend 5 minutes without having to pee. Yesterday I was exhausted and had this funny feeling – not necessarily nausea but something was very uneasy about my stomach. Today I have felt pretty good. I’ve had a bit of cramping/pressure in my right lower abdomen, this morning I had to urinate more but after I taught my class at the gym I haven’t had to pee more than normal I don’t think. I did have a burst of energy today – I wonder if it’s possible to nest way before you even know you’re pregnant! (that’s sort of a joke, sort of not). I cleaned my living room and moved my furniture in preparation of the Christmas tree going up (it’s supposed to go up tonight)! I cooked lunch (those beet burritos! So yum!) and I’m even doing laundry! It’s only 6pm but I don’t feel very tired today like I have the last two days. The only other random thing is that my nose was very stuffy the last two days but today it was running during my class and has been clear since. I really try not to symptom spot but this month we really did pull out almost all of the stops. We timed our intercourse perfectly, and I got the most positive OPK I’ve gotten all year! I can’t help but think how wonderful it would be if we could announce our pregnancy on Christmas day. How wonderful it would be to become a mom. How wonderful it would be to bring a child into the world (regardless of how F’d up it is these days) because I would love my child more than I’ve loved anything else in my entire life.

Well, this is the first blog I’ve written about our TTC journey and although I look forward to the updates, I am nervous that I will have to update this often in the future because I don’t know what lies ahead. We have discussed medical intervention and I think we’re prepared to do more testing first, to see if there’s a reason why we have been unable to conceive – starting with semen analysis. I am interested in finding out if those fibroids have grown, if my tubes are clear, if I’m ovulating appropriately, and if there is anything else we can do to be successful naturally. If we must, we would pursue IUI (intrauterine insemination) but IVF is not something either of us are prepared to do. I am also unsure if we would want to do clomid or any other medication that is supposed to help a woman ovulate because of the chances of multiples. I’m not sure multiples is something my husband and I are comfortable or prepared for (but please don’t get me wrong if we got pregnant and we had multiples I’d be in utter disbelief and extremely excited)!

I’ll end this here for now, I’ll know more about how much I’ll be updating once I know the results of that semen analysis and once I take this test on Wednesday morning to find out if I’m pregnant this month or not. If I am this blog series will surely be taking a bit of a turn (I can hope!!)

**Baby dust to all those TTC**

Update: this was supposed to be posted after the appointment on December 9th but I decided to post it sooner because my period came. I made an appointment with my OB on December 12th so we can start the conversation of what our next steps are. I will be starting a Youtube channel to document our journey to conceive starting with those two appointments and I will update here occasionally but I promised my husband that I would try to keep our story off the personal pages. I’ll update here with the story behind the youtube video’s I think — since some people would rather read and others would rather watch (I think?). Well, stay tuned for the updates as we’ll hopefully know more about where we stand in a week or two!